Nase gave the names as Indena Pharmaceuticals, Horphag, Enzo Nutraceuticals, Optizinc, FloraGold, PharmaGABA and Digeseb, with Suvida Inc. responsible for “overall development”. Top researchers at each firm were apparently working “in constant collaboration to make this novel Rosacea Nutraceutical” under Nase’s direction, resulting in a truly “revolutionary rosacea supplement”. The first Rosagen topical was being developed to the same high standards. There would be “No skimping on any part of ROSAGEN”.

As of his March 7 update, Nase’s site describes Rosadyn as the “1st pharmaceutical-grade nutraceutical designed specifically for rosacea sufferers” and a “novel treatment system”. The supplement was “developed to reverse the deep underlying pathology of rosacea” with each extract specially “selected for specific rosacea symptoms and core pathophysiology”.

Since December 2008 Nase has tried to establish himself at a small rosacea board run by the Topix news site, but he has been ignored by other posters. In February he began promoting Rosagen there.

A new poster named ‘Mario Cappolla’ joined some of Nase’s threads, claiming to be the brother of the (fictional) ‘Maria Cappolla’ ( see Maria Cappolla: The Truth at Last ). Mario’s comment “none of the products you have promised since 2005 ever came on sale” was answered by Nase’s reassurance that “all the ingredients have been ordered and are being manufactured. It should be available March 27, 2009.”

When challenged on why the names of the firms were deleted, Nase said his site was being updated because two new ingredients were being added. “Who do you know that has a finished product ready to go, but based on newly released information about two cutting edge ingredients only available through pharmaceutical companies, would halt production and incorporate these exciting nutraceuticals.”

Another new member had been plastering the same Topix board with our Debunking Nase weblink, to our great surprise since we do not spam boards and have not posted the link anywhere since mid-2005.

With Nase’s credibility taking a battering, yet another new member appeared. ‘In Remission’ started a thread named ‘Dr. Nase is indeed the leading Rosacea Specialist in the World!’ That is a title Nase has hinted at for years but never claimed outright. Just like 'Maria Cappolla', the first of ‘Nase’s patients’ to give evidence for him, ‘In Remission’ was “a trial candidate” for Nase’s latest “absolutely amazing!” treatment breakthrough. He was “in remission only because of Dr. Nase” and the wonderful Rosadyn.

‘In Remission’ encouraged anyone suffering from rosacea to contact Nase at his website. “Exciting things are coming! Dr Nase will literally have thousands upon thousands of rosacea sufferers that will be benefiting from Rosadyn. He will be making a huge impact soon in the rosacea community, you'll see ;-)” Nase thanked his defender, saying “the nonsense that continues in the Rosacea World ... happens with anyone who is a "specialist"”.

Nase always makes much of how his special position gives him inside access to medical and scientific advancements, e.g. at Topix: “There is a lot of work being done on rosacea and related inflammatory skin disorders that only physicians and medical scientists have access to. Hopefully I can help shed light on these new treatments and research.”

Nase is not a physician, despite having claimed to be “a medical doctor” who has passed his “medical school boards” and “a medical Doctorate who can treat patients in my area of expertise, at hospitals and in the Pharmaceutical environment”, etc.

Nase has never been awarded a grant to conduct a clinical study on rosacea.

In 2001 he self-published a book based on studies conducted by genuine authorities on rosacea research. In 2000 he was listed as secondary co-author for a 7-page article with Dr. Patrick Bitter, Sr, on aesthetic lasers which was published in a peer-reviewed medical book.

Since Nase left Indiana University in the summer of 2004, he is not known to have been employed as a lab researcher. Yet in response to the hammering he was taking at the Topix board, on March 6 2009 Nase added to his website a surprisingly young-looking photo of himself wearing scrubs bearing a medical symbol.

He captioned this photograph:

Dr. Nase currently performs research on the Vascular and Inflammatory aspects of Rosacea ...”

The photo was up for just a day before being replaced by a statement that the “Updated Photo of Dr. Geoffrey Nase” was still “in process”. 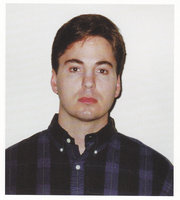 Another remarkably similar shot can be found at Photo 14 in Nase's book, published in 2001. 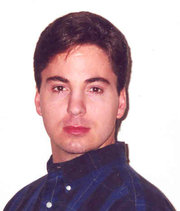 This photo is currently up on Nase's site as a 'recent' shot and captioned October 25, 2004.

Note in these 3 photographs, how every little wisp of hair falling across Nase’s forehead is in the identical position.

Since the launch of Nase's book, the only photos whose date can be verified were taken at his deposition in September 2005.

Comes down to Trust

So many faked photos have been produced to convince ‘Nase’s patients’ he is in rosacea remission, so if they pay enough for his ‘expert medical advice’, they too can be put into remission ... or at least into Nase’s time machine!

On Nase’s site the scrubs photo was titled "Complete Remission for 8 Years and Counting -- View 2009 Photo Update!" Dated within the previous 5 weeks, it was offered as proof of how the "Key ingredients in Rosadyn have been instrumental in sustaining remission for 8 years now." That is why Nase’s current appearance is crucially important to anyone thinking of purchasing the Dr. Nase Signature Rosacea Line in the hope of achieving the same dramatic results.