Deprecated: Function get_magic_quotes_gpc() is deprecated in /home/customer/www/debunkingnase.org/public_html/includes/WebRequest.php on line 308

Deprecated: assert(): Calling assert() with a string argument is deprecated in /home/customer/www/debunkingnase.org/public_html/includes/parser/Preprocessor_DOM.php on line 542
 Our comments about the Indiana Trial - Debunking Dr. Geoffrey Nase

Our comments about the Indiana Trial

ABOUT THE INDIANA TRIAL

The American legal system is nothing like the rosacea boards. When cruel lies are brought to light, they don’t bring laughter and encouraging messages from your best buddies, and a team of moderators rushing to remove the incriminating evidence. No, they bring condemnation and punishment.

As we had predicted, Nase dropped his suit rather than testify under oath in court, where to lie is to risk a prison sentence. He took it right up to the wire, even came before the judge with his lawyer, but turned tail when the judge rejected Nase’s demand that his most recent health records be kept secret.

You’ve all read Nase’s boasts anticipating the great moment when he could at last confront the debunkers in court. This was to be just the first of a whole series of trials. Special constables were dragging defendants into Indianapolis from right across the world.

Guilt had already been established. There was no escape. We must, as he put it, “be held accountable to the absolute fullest extent of the law”. We would all be severely and justly punished by the mighty Indiana courts, and we would no doubt be forced to pay his legal costs as well as our own.

Nase had earlier claimed that the institute he wants to direct "may be able to be up and running soon after the court case because I will direct all monies, houses, property etc. to be sold and direct it towards my real passion in life -- rosacea." He would bankrupt us all, but rosaceans everywhere would benefit.

At last Nase is there, in the courtroom. This is the key moment. He says he has overwhelming evidence against every one of us. Victory is very definitely at hand. He is so close to vanquishing us that he can almost taste our tears. And what does he do?

He asks the judge to block access to his medical records. Our lawyer must not be allowed to ask about any of the emails Nase flooded the boards with earlier this year, with all the gory details of his terrible battles against two forms of cancer.

You know the ones where he was struggling to recover from his many operations, the posts where he bravely continued to help rosaceans even though his brain was swelling and he kept hitting the wrong keys, even though he was vomiting so much from multiple seizures that he barely had strength to sit at his computer screen typing out messages at all hours of the day and night while the rosacea community wept and prayed for him.

Rather than risk having to testify under oath about any of his incredibly dramatic health crises, Nase backed down. After wasting everyone’s time and money - not least that of the taxpayers - he abandoned his law suit against us for the sole reason that the court would have opened his medical records.

The judge’s decision is irrevocable. It is the most final decision you can imagine. This suit can never be brought against us again and the court’s ruling cannot be appealed. That should tell you all you need to know about the respective merits of the two opposing sides. It was a complete vindication of our web site, and a victory for justice.

We decided to play this whole thing low-key and just let you read the court report from the local paper, the Indianapolis Star. (The Indy Star has won numerous awards, including two Pulitzer Prizes for investigative reporting.) We were sure that this time the facts could be left to speak for themselves. Not even Nase could spin this total defeat into yet another attempt to get sympathy, but it is now clear that the events of the day are being distorted, and that’s why we’re setting it out for the record.

The Lead-up to the Case

On August 12, 2005, Geoffrey Nase filed a complaint asking for the Debunking site to be shut down. He did not get his way, so on September 7 he requested a temporary restraining order against our web site, which is another way of asking for it to be closed down immediately. Again, the Court rebuffed his request. Instead, the judge set aside time to hear Nase’s arguments at a preliminary injunction hearing on October 6 in Marion Superior Court, Indianapolis.

Nase has previously told his followers that Laura Thomas's attorney had tried to bargain with his lawyer and had wanted the venue changed to North Carolina. Both of these tales were untrue, as was Nase’s claim that the Debunkers tried to delay the case. There were two delays: the first was because Thomas’s lawyer went on vacation for a week, and the second was when Nase refused to give his deposition on September 9th and it was pushed back three weeks.

For those unfamiliar with American law, the deposition is part of the ‘legal discovery process’. In the run-up to a civil law suit of this nature, attorneys on both sides get to demand answers, the reasoning being that the sooner all relevant facts are uncovered, the quicker a court case should be completed. Because Nase was the one bringing the law suit, the defendant’s attorney had the right to ask questions first. So Nase had to depose (answer questions under oath) and produce all requested documents to shed light on the key issues in the case he had instigated.

His deposition took place on September 30 and the whole session - which lasted all day - was transcribed by a court stenographer. As was her legal right, Thomas, the main defendant, had the deposition filmed. Since the defendant has to bear the full costs of the deposition procedure, the legal rights to this tape belong exclusively to her.

Among the records requested were documents supporting claims that Nase had passed his medical boards (never happened), had special privileges from the Indiana Medical Licensing Board (never happened), his phone records from January 2005, and his medical records for the past few years. No one was interested in minor health matters, but we wanted to see some kind of proof that he had been hospitalized, so insurance documents relating to his cancer operations, heart attacks, etc would have been fine.

Medical records can usually be withheld, but not in this case. Nase was seeking to close down our website as defamatory, and a major part of the material he had objected to related to the bizarre health dramas he had freely publicized on various boards. He had thus waived his right to physician/patient privilege and had to produce the medical records. On the day, he turned up without them (and several of the other requested documents) and refused point-blank to answer questions about his health record. It was the only topic he refused to discuss, on camera or off.

Subjects Nase was willing to answer questions about included: 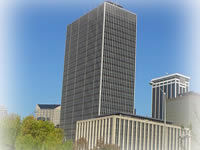 One thing the American justice system particularly hates is nuisance law suits, where someone fires out lawyer’s letters like confetti and insists on taking people to court, despite having no case. It not only wastes the poor defendants’ time and money - particularly if they hire lawyers - it also clogs up the courts and throws away taxpayers’ money that is urgently needed elsewhere.

When set against the evidence we were able to produce - mostly from Nase’s own writings, presented as complete, uncut posts - everyone but Nase could see that our site would prevail. It speaks the truth, and under American defamation laws, truth is an absolute defense. For this reason, Nase's case was entirely frivolous.

To cut back on nuisance suits, if a defendant can show that a plaintiff’s claims are legally and factually entirely groundless, the judge can permit ‘consolidation’, ie the final trial will be advanced and held at the same time as the preliminary hearing. We asked for and were granted consolidation, thus the hearing on Thursday October 6 was to have been a full evidentiary hearing, meaning it would have been the actual trial.

Before the hearing began, the two attorneys went into the judge’s chambers to discuss things with Judge Kenneth Johnson. Nase was insisting that all medical information be suppressed. The judge ruled that Nase’s medical history - both physical and psychological - was relevant to the case and Nase would have to accept being cross-examined on it. He advised Nase that everything from his testimony would be available on the court’s own web site. That’s why Nase immediately withdrew his case.

As we said, truth is an absolute defense, and we would not have lost, even without the evidence of representatives from two Indiana medical authorities, who attended the court hearing but were prevented from testifying when Nase withdrew his suit. As they told the journalist, Nase’s claims of having been “granted full privileges to offer in-depth consultations to rosacea sufferers” were “false”, and “a bold-faced lie”. They wanted those comments on record.

Nase did not speak to the journalist at court. He also declined to return a call from the newspaper when they rang for his comments later that day.

In one last blow against freedom of information, Nase asked for the whole court record to be SEALED. This would have prevented anyone outside the courtroom from ever learning what had happened, and would have let him put any spin he liked on the events. Naturally, we objected to this most strenuously and the judge agreed that the record of the proceedings should remain unsealed.

If you are interested in the legalities, you can read our Lawyer's Court Brief.

Also, The Indianapolis Star has given us permission to have a copy of their newspaper article covering the court case.

Nase launched the case against our debunkingnase web site. We’ve always said that the web site is true and accurate. Nase, faced with having to tell the truth about his unbelievable cancer stories, withdrew his objections at the very last moment. By withdrawing his complaint, Nase conceded that he is unable to prove that the site is incorrect. With this admission from Nase, the debunkingnase web site is allowed, under the law, to continue to explore and expose dishonest claims.